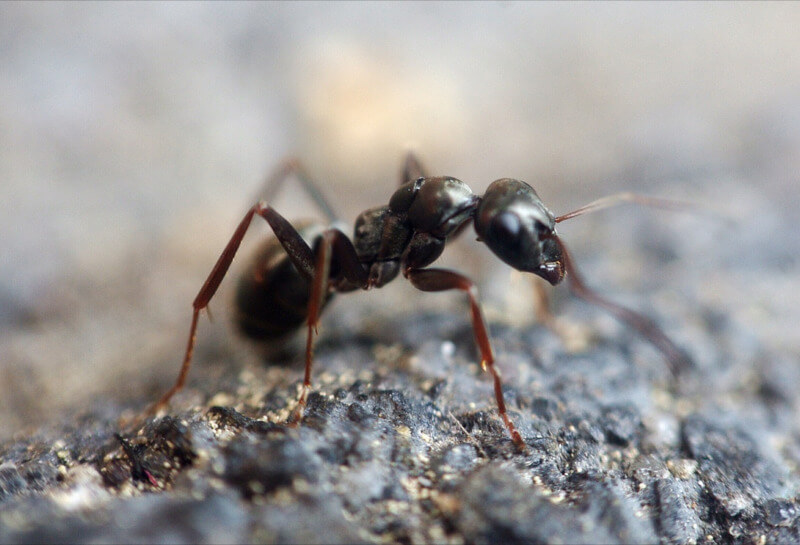 Pest Control Nottingham deal with and treat many different insect species. Some insect problems are quite common in Nottingham, such as ants, fleas or bedbugs. We also treat cluster flies, cockroaches, stored product insects such as weevils, flour beetles and biscuit beetles, textile pests such as carpet beetles and clothes moths, and various other flies such as blue bottles, drain flies and fruit flies. Silver fish and woodlice are common household pests. Pigeon nests can lead to problems with bird mites. Below are some examples of insects Pest Control Nottingham deal with.

There are several different species of ants in the UK. The most common encountered by Pest Control Nottingham are the Common Black Ant (Lasius Niger). Otherwise known as the Garden Ant. These ants are common invaders of both domestic and commercial properties, often nesting within or below the fabric of a building. Treatment is best carried out before the hottest summer months and when the flying queens emerge.

Many cat and dog owners will have encountered problems with fleas at one time or another. Resistance to DIY chemicals and off the shelf pet treatments is widespread and often ineffectual. A pet treatment from the vets is always recommended (they should know about resistance and what is currently working) and a thorough professional treatment to the whole property. Pest Control Nottingham advise all our customers before a flea treatment on any pre-treatment measures to carry out before our visit. If necessary we can install flea monitors to ensure that any bites are caused by fleas and not another biting insect. Bites from fleas will typically (but not exclusively) be on and around the ankles and legs due to the nature of fleas jumping across flooring.

Bed bugs are not a widespread problem in Nottingham. Most bed bug problems will have been brought into households on baggage. That may be after a trip away somewhere and just one pregnant bedbug hitching a ride home on a bag or suitcase. Your holiday location may have been free of bedbugs but on the journey home your luggage could be next to someone else’s on a plane, train or coach and a bedbug could crawl from one bag to another. Many people are surprised just how large bed bugs are. A full grown adult is about the size of an apple pip. They are very good at hiding away in the daytime and often some distance from the bed itself. Common signs to look out for are faeces (like a ballpoint pen has been dabbed onto the mattress or frame of the bed), insect casings, blood spots on bedding and bites - commonly on the torso.

Cluster flies are only really a problem if your property is close to open fields. These flies will enter properties in the winter to hibernate. Often numbering in their thousands. They will mostly “cluster” in lofts once the first frosts start and re-emerge in the spring. Cluster flies are an annual problem, though numbers will vary greatly from one year to the next depending on the weather/breeding conditions. Pest Control Nottingham perform fogging treatments with a ULV (Ultra Low Volume) machine for maximum penetration into all nooks and crannies in a loft space. 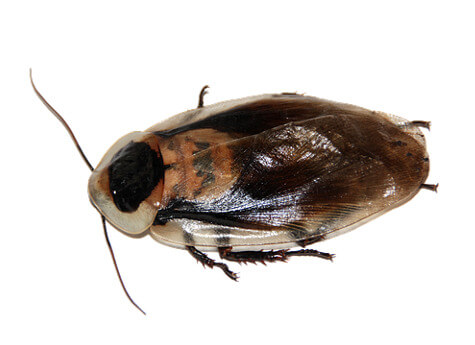 Cockroaches are far less of a problem today than say 30-40 years ago when they were more commonly found in the UK. Treatments available to professional pest controllers are vary affective in removing them. A localised infestation can be dealt with relatively quickly. In larger buildings, such as tower blocks or flats the infestation can be widespread and a treatment may be necessary to all parts of the building.

Pest Control Nottingham deal with various Stored Product Insects, including Rice Weevils, Grain Weevils, Flour Beetles, Biscuit Beetles and Larder Beetles. Many problems occur in domestic properties though some are more unique to commercial kitchens and restaurants. A positive identification would indicate what the cause of any infestation would be. Once identified and dealt with a treatment can be carried out.

Carpet Beetles can be very destructive when left unchecked and their numbers are allowed to grow. It is the larvae of the Carpet Beetle that feed on woollen materials, carpets, leather and furs. A residual insecticide is used to remove them.

Textile Moths - Damage is caused by their larvae feeding on textiles including wools and furs. They shy away from natural light and can be hard to find and identify. Treatments must be very thorough to remove an infestation.

Bluebottles are commonly found in the warmer months. An abundance of numbers would indicate an underlying problem that a good survey will uncover with a treatment to follow. Maggots or larvae casings will often be present.

Drain Flies would indicate a problem with decaying matter that the flies are feeding on. The source will need to be found and dealt with.

Fruit Flies are found in many kitchens and restaurants. They can be found in large numbers and would indicate a hygiene or drainage problem.