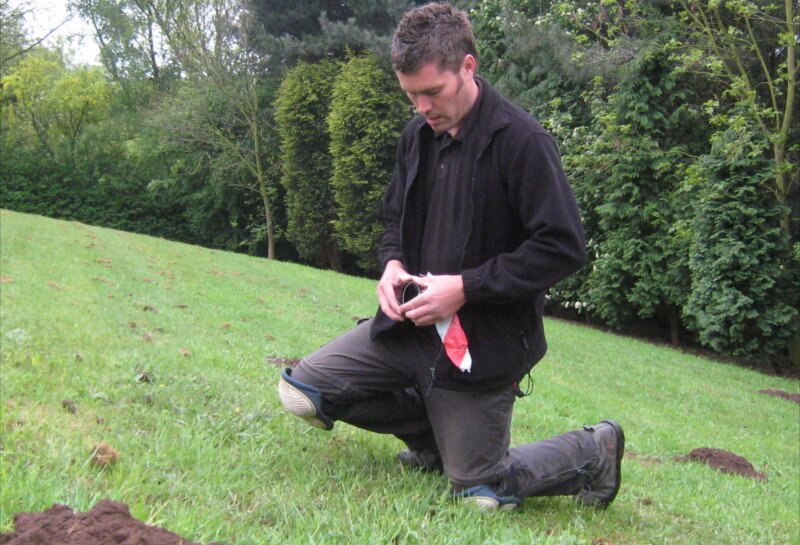 Moles are a common problem in Nottingham due to Nottinghamshire’s abundance of soft sandy soils. They do however create problems in all soil types including clay and very stony soils. Most of our mole catching work is for domestic customers but much of our work is on farmland, school playing fields, sports pitches, parish council land and graveyards. There are many reasons for employing the services of a mole catcher; sometimes aesthetic, but also for health and safety reasons due to tunnel collapses and risks of twisted ankles to humans and horses/cattle. The soil can also be a health risk to cattle due to bacteria in the soil brought up by the moles contaminating their feed.

Pest Control Nottingham normally charge by the mole; on a “No Catch-No fee” promise. Some of our commercial customers prefer a fixed price and we are happy to provide a site visit and quote based on the numbers of moles estimated on site.

Pest Control Nottingham use traps to catch moles. It is the safest, quickest and most humane method of dispatch.

For our domestic customers a price can be given over the telephone on a “per mole” basis. A typical sized garden would only normally accommodate one mole. On our initial visit traps will be placed dependant on the number of moles present. On our second visit the traps will be checked. If another visit is deemed necessary the traps will be re-set or moved and possibly added to. Traps will not be removed or payment requested until we are satisfied that the moles(s) are caught.

Safety is our priority and we fully understand and cater for any concerns around children, pets and livestock. Having been to hundreds of different sites carrying out mole control traps have never once caused us or our customers any problems. 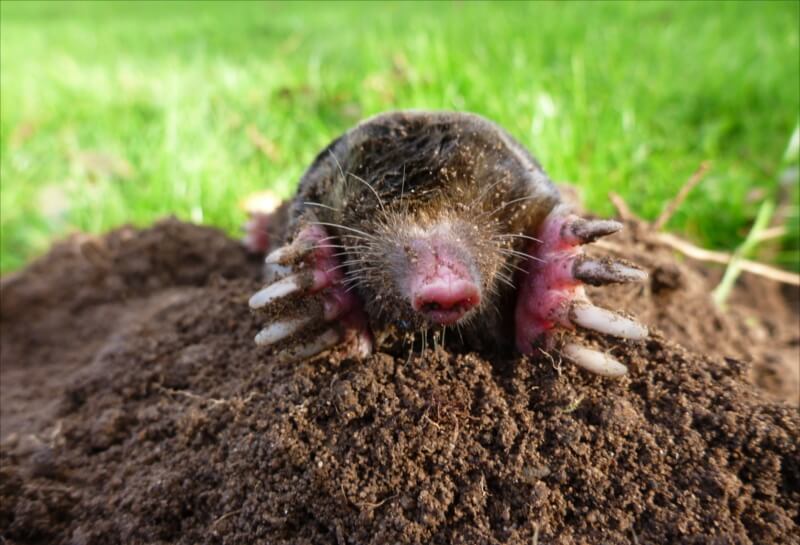 Moles are largely solitary creatures, living underground, very rarely coming above surface. They are not totally blind and their tiny eyes can differentiate between light and dark. They will breed in the spring and to a lesser degree and weather dependant again in the autumn.

Moles have a high metabolism and have to eat lots and often. By six weeks of age their mother cannot cope with feeding them and they are off to fend for themselves, often travelling above ground in search of new territories. Within a few months they are fully mature and around 5-6 inches in length.

Moles have hugely powerful shoulders with large paddles to shift soil. They dig tunnels to live in and feed in. The soil is excavated in the form of mole hills. As worms travel through the soil they will fall into the moles’ tunnel network. The mole will dig and feed in a four hour shift before resting for four hours and then feeding/digging again. As well as worms, moles will feed on grubs.

If you are concerned about the mole damage on your lawns please call Pest Control Nottingham now on 01158 823 002 to speak to us about our mole catcher service.